The eye in tattoo in the triangle called sun of Egypt or bright Delta is the most known massonic symbol often used by the tattooer during the elaboration of a tattoo, with the set square surmounted by a compass. This bright Delta is the emblem of the science which enlightens and will enlighten more and more men. Niko: tattooer will use The open eye to represent the Consciousness which manages, (this symbol his very personal, often put in its paintings and in tattoo) the Wisdom which observes and which plans the principle of the Good which stares at the Evil to overcome it. In tattoo It evokes the Light which has to one day dissipate the darkness in which still struggles the painful Humanity. Often emergent of tattooed clouds will make an opening in the composition of the drawing of tattoo. 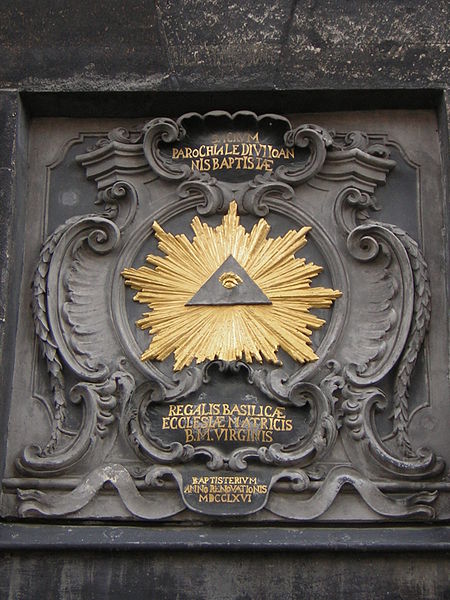 This symbol is indeed freemason; its origins is in the symbolism of antique Egypt.

But the triangle is also the one of the Holy Trinity, thus used often by the tattooers who are sensitive has the esotericism, and symbolic tattoo.

The geometrical properties of the triangle (often seen in the compositions of Niko of kustom tattoo), if you are interested in this domain of the tattoo these figures are a part of this symbolism, because the wise men of formerly did not divide the Knowledge as we make it today. They gathered, the being and the paraitre a little as a metaphor in the tattoo.

The equilateral Triangle or ” bright Delta “, in tattoo and in the esotericism, is symbol of the Divinity: in the middle is either the Hebrew name of four letters ( Tetragramme) indicating  Jehovah, or the ” divine eye “. The Triangle is placed in the East of the Lodge, (often used there tattoo) just above and little at the back of the seat of the Respectable. It symbolizes Ternary divine, under all its forms: the Past, the Present and the Future; the Wisdom, the Strength and the Beauty; the Salt, the Sulfur and the Mercury three principles of Big WORK); we find in tattoo these alchemical symbolism, three reigns of the Nature; the Birth, the Life and the Death (theme often resumedin them ” mori memento “, in tattoo; the Light ( active principle), the Darkness ( passive principle) and the Time, which realizes the balance between the male and feminine principles. The eye symbolizes at the same time: the Sun, the visible expression of the Divinity, from which emanate the Light and the Life; the Verb or Logos, creative Principle; the Big Architect whose existence we know only by its sensitive demonstrate : the Univers. Holistic version to arrest  in the main compositions of the tattooer working in the studio of tattoo at republic.